Hey, it’s safe to take off your armor: “Veterans struggling with civilian life are urged to join a new Peer Support Service.”

Former servicemen and women who are struggling to cope with life outside of the military are being urged to sign up to a Peer Support Service, delivered by veterans’ mental health charity Combat Stress.

Led by veterans for veterans, it’s the first UK-wide service of its kind for those with mental health problems. The Peer Support Service, funded by The Royal British Legion, helps those veterans whose mental health has been affected by their time in the Armed Forces, and who are experiencing loneliness and social isolation after leaving the military.

For many former servicemen and women, the adjustment to civilian life can be confusing and distressing, leaving them struggling with changes to their identity and feeling that few people around them truly understand what they’re experiencing. This can be even more isolating if the veteran develops symptoms of mental health conditions.

The Peer Support Service offers former servicemen and women a chance to share their experiences, receive support and socialise with others who have had similar experiences.

So far 28 groups have been established by Combat Stress in towns and cities around the UK, with more planned.

Veterans who have been supported by or worked for Combat Stress are co-ordinating the regional groups. They include James Saunders who served for six years in the Royal Artillery and overcame injuries associated with his experiences in the Gulf War. 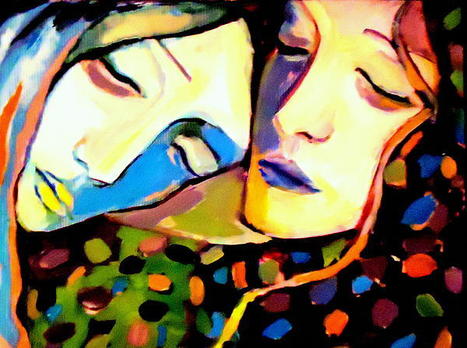 James said: “Mental health problems can make even the simplest things seem hard to do but this service is a way for veterans to easily access support and advice. Veterans have the chance to come along to small group meetings or to meet the regional co-ordinators individually.”

“Research has suggested that social support has a positive impact on mental health and the effects of trauma. Peer support aims to help by increasing social interaction amongst individuals who may otherwise feel isolated or stigmatised.”

Veterans with mental health problems can call the Combat Stress 24-hour mental health helpline on 0800 138 1619 to be referred to the service.

Hi Tribe, this is my tribute to Mental Health as PTSD Advocate. I was a hotel assistant in an elite resort during the 2015 Paris attacks and, in the aftermath, my life fell apart. Since then it's been a wild ride that I am glad to share around the fire... beers on me!

join me on creative fabrica for your outstanding projects

She who completes a quest does not merely find something. She becomes something. Dismiss